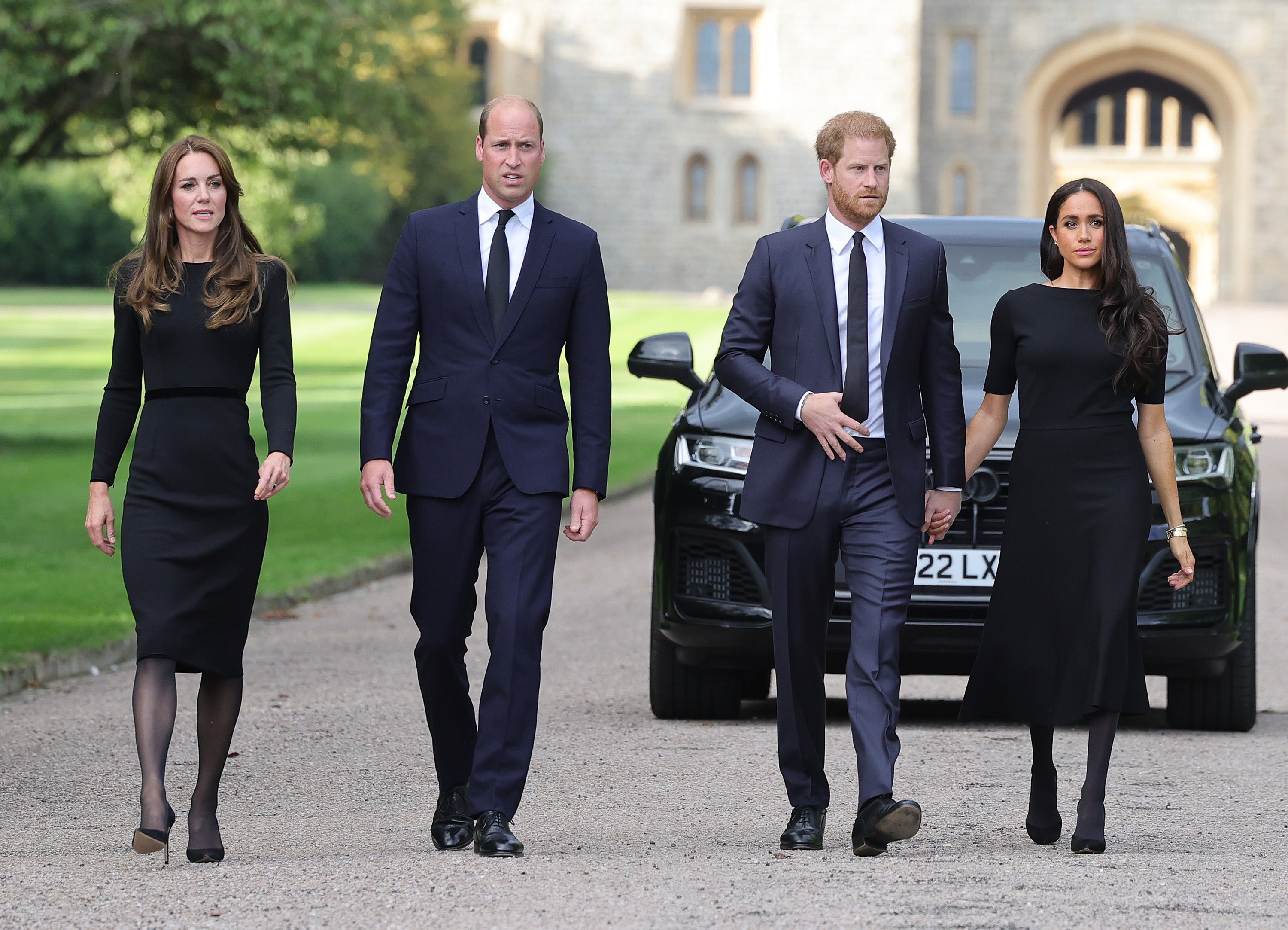 “We now honor my father in his new role as King Charles III,” he said Prince Harry in a statement paying tribute to his late, great, grandmother, Queen Elizabeth II.

Twelve short words, but ones that carry enormous significance coming from the man who has spent the past two years publicly dishonoring his father.

A week ago, I was told by someone very close to Charles that he was “deeply hurt and utterly bemused” by his younger son’s behavior towards him.

In a series of bitter, angry attacks since leaving the Royal Family and Britain, Harry has accused his father of bad parenting, cutting him off from financial support, and inflicting “genetic pain and suffering” on him which has damaged his mental health.

He and his wife Meghan have also hurled endless more incendiary bombs at the Royals, branding them a bunch of callous, uncaring racists.

If Harry genuinely wants us to believe he has a desire to “honor” his father, as he has said, then he should tear up his lucrative contract with Penguin Random House and cancel the book.

Only last week, Meghan was at it againtelling The Cut magazine that “by existing, we were upsetting the dynamic of the hierarchy” and threatening that she had a lot more toxic mud to fling if it suits her.

She added that Harry had “lost” his father in the process of leaving the Royal Familyalthough her aides later said she was in fact talking about her own father Thomas whom she disowned.

But the truth is, Harry has been treating Charles in a similarly dismissive way, making a mockery of the couple’s supposed commitment to “compassion.”

And he’s written a supposedly “tell-all” book due to be published later this year or early next, in which he will reportedly rip into the royals yet again in what Harry says will be a “first-hand account of my life that’s accurate and wholly truthful.”

Is that the same kind of “accurate and wholly truthful” garbage that he and Meghan spewed to Oprahmuch of which has since been proven to be utter nonsense?

One of Charles’s aides told me several months ago that the Palace is absolutely dreading the book, fearing it will drip with poisonous new allegations and target his wife Camilla as some kind of revenge for her role in the break-up of Harry’s parents’ marriage.

That conversation, of course, was before the Queen died and when Charles was just Prince of Wales.

But now he’s King, and Camilla is his Queen Consort, and any such attack, coming from the new Monarch’s own son, will thus be devastatingly damaging.

As will any further direct criticism of King Charles III himself, or his son and heir William, the new Prince of Wales.

Don’t be misled by the scenes of supposed hatchet-burying between William and his brother at the weekend.

That was a show of forced unity to wrestle media attention back from their rift to their grandmother in the run-up to her state funeral next Monday.

All you need to know about how deep their split goes is that when Harry went to Balmoral as the Queen died, and stayed until the following morning, he reportedly had no contact with William the entire time despite them being in the same building.

I applaud their temporary truce as a mark of respect for their grandmother, which is something she would have desperately wanted, but I’m not fooled by it.

The depth of ill-feeling between them, and their wives, runs very deep.

And if this book is as bad as the Palace fears, then all hell will break loose when it’s published, and the ensuing furor could depth-charge King Charles III’s reign before it’s even got going.

So, if Harry genuinely wants us to believe he has a desire to “honor” his father, as he said today, then he should tear up his lucrative contract with Penguin Random House and cancel the book.

If he doesn’t understand why, then he should check up ‘honor’ in the dictionary and discover that it means to show “high respect,” “great esteem” and “reverence.”

What part of Harry’s treatment of his father in the past few years has shown any of these things?

Instead, he’s shown Charles withering accusatory contempt, and allowed his wife to constantly trash his family and everything they represent, in a way that has attracted endless global negative headlines.

Harry should also remind himself what he and Meghan said when they announced their infamous exit from the Royal Family in January 2020 and pledged: “The Sussexes have made clear that everything they do will continue to uphold the values ​​of Her Majesty.”

How does any of that sit with the selfish, whiny, money-grabbing and damaging way Harry and Meghan have conducted themselves since then?

Their hypocritical exploitation of their royal status for vast personal financial gain, whilst simultaneously trashing the institution that bestowed their titles upon them, caused enormous hurt to the Queen in her last few years, especially during the period when her husband Philip was seriously ill and then died, and to the new King.

If Harry now goes ahead with this horribly ill-advised book, then he will betray his pledge to his grandmother, and show that his commitment to “honor” his father is just a load more disingenuous hot air from someone who like his wife, loves to preach one thing but practice another.

Piers Morgan is host of “Piers Morgan Uncensored” which can be viewed on Fox Nation and is a columnist for the New York Post.

By adminSeptember 13, 2022CelebrityLeave a Comment on Harry, if you really want to honor your dad, nix your salacious tell-all and rein in your royals-trashing wife