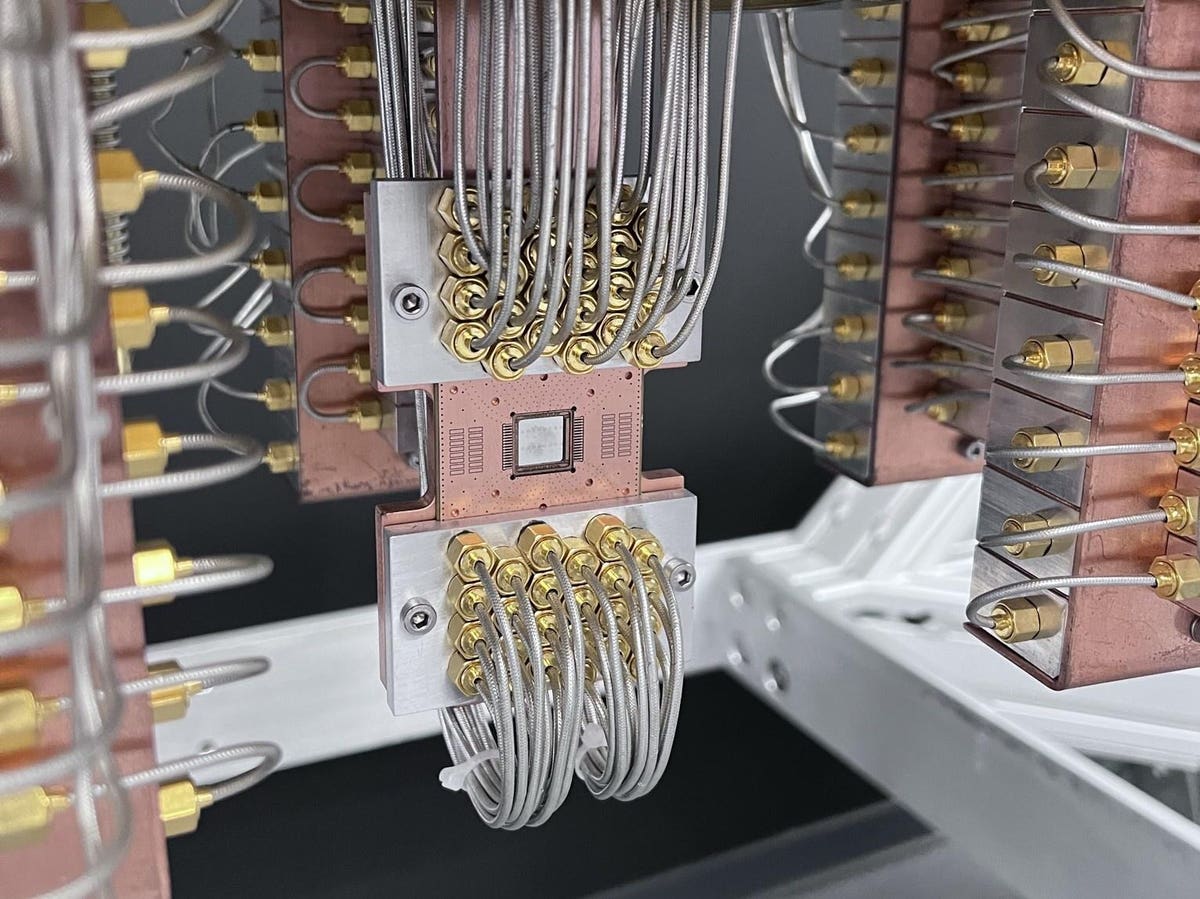 I recently had the chance to visit IBM’s Quantum Research Labs in Yorktown Heights, New York to talk with Jay Gambetta, IBM Fellow and VP of Quantum Computing, IBM Research and his team working to advance quantum computing. IBM is making steady progress on its quantum roadmap (reference previous article) but this is still a nascent technology and there remains a lot of experimentation needed to advance the quantum computing market, which is why research is so important.

The goal for the IBM researchers is to make quantum computing as ubiquitous as possible to solve unique problems. To make quantum systems more accessible, they need to become “cloud-native” or “serverless,” in that they become a cloud resource charged based on usage. In this era of disaggregated data centers, quantum can be one of the specialized computing elements available to classical computers, much like GPUs are today.

With the goal of scaling quantum systems to beyond 1 million qubits, IBM Research is following a similar path as the one taken with classical computers: put more and faster qubits on a chip using silicon scaling; interconnect multiple quantum die as tiles; and build clusters of quantum computers working together. I previously wrote about IBM’s roadmap to building systems with more qubits and connecting multiple quantum systems together.

The cryostat (the chamber that cools the quantum chip to near absolute zero) also needed to get bigger to hold the larger chips with more I/O. IBM teamed with Blue Force to help build an ecosystem needed for the larger System 2 cryostats.

IBM has also been working on increasing the density of the cryogenic infrastructure for radio frequency signal input and output leveraging commercial technology.

While the goal is to build systems with millions of raw qubits for fault-tolerant quantum computing, there’s much work that can be done in the interim to improve the performance of raw qubits to do more work sooner by using quantum error mitigation, as shown in the figure below.

To get better quantum results using today’s relatively noisy and short-lived qubits requires some workarounds. IBM Research has come up with a couple of error mitigation techniques that are proving useful. Current quantum hardware is subject to different sources of noise degradation. This includes qubit decoherence, individual gate errors, and measurement errors. These issues limit the number of stages that can be implemented in a quantum circuit today. Even shallow circuits can be subject to noise that can lead to faulty estimates. For a deeper discussion on error mitigation, IBM posted a blog post recently.

The noise mitigation techniques are very technical. From a 2017 IBM review letter Error Mitigation for Short-Depth Quantum Circuits to the American Physical Society: “The first method, extrapolation to the zero noise limit, subsequently cancels the powers of the noise perturbations by an application of Richardson’s deferred approach to the limit. The second method cancels errors by resampling randomized circuits according to a quasiprobability distribution.” Like I said, it’s technical, but the IBM researchers can hide the details within the Qiskit Runtime software environment.

The ultimate goal for practical quantum computing is to provide an advantage over classical computing to solve significant problems in a reasonable timeframe. The most obvious advantage is to solve the problem in significantly less time. To accomplish this, the problem must be represented as a quantum circuit and not simulated on a classical system, which means that quantum computers are not going to replace classical computers or even GPU computing but are here to solve a unique class of problems.

For quantum computer to have an advantage over classical computer (the so-called Quantum Advantage) requires mapping the problem to quantum circuits with solutions better than classical approaches and being able to obtain reliable outcomes with faster runtimes. IBM Researchers are working with industry partners to identify those problems that need better solutions.

To measure progress, IBM has a measurement for the quality of the qubits called Quantum Volume (QV) and the speed of the circuits called Circuit Layer Operations Per Second (CLOPS). These provide a more complete picture of the quantum computing progress than just pure qubit numbers.

There’s still a lot that can be accomplished by mixing both classical computing with quantum. With a process called circuit knitting, quantum circuits are broken down into smaller circuits and leverage classic computing to evaluate interim results. This can leverage the quantum workflow over the available qubits.

One application of mixing classical and quantum computing is in computational chemistry. To calculate the electron valence, the electron cloud may be partitioned into inactive and active parts. The inactive cloud is computed with classic computers and the active part of the cloud uses a quantum mechanical modeling method called Density-Functional Theory (DFT).

IBM is continuously working with partner companies to explore areas where quantum computing can make a difference to solving difficult problems.

IBM Research is also building a middleware stack for quantum, using lessons learned from classical and GPU computing. IBM has moved from a static language and added dynamic circuits, where the output of measurements taken mid-circuit are used to define future gates in the same circuit. The latest developments include conditional circuit support in the Open QASM3 quantum development platform.

The future of quantum computing is coming and much of the work is improving the quality of qubits, not just increasing the number of qubits. It takes a complete systems approach to building quantum systems with hardware, middleware and libraries. We also expect to see more interaction between Quantum and AI processing in the near future.