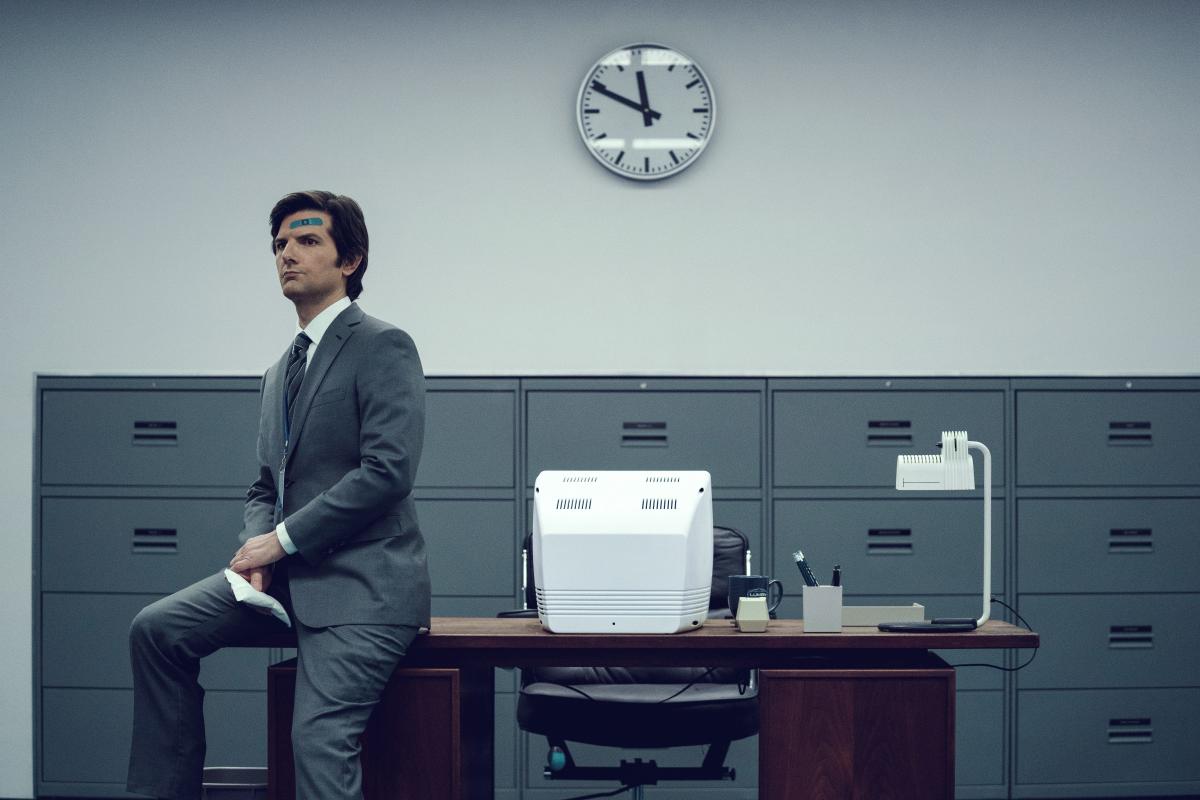 On Monday, your favorite teachers are facing off with scrappy soccer stars.

ABC’s “Abbott Elementary” and Apple TV+’s “Ted Lasso” are top contenders for best comedy series – one of the most hotly contested races in this year’s Emmy Awards (NBC, 8 EDT/5 PDT, and streaming on Peacock), which will be hosted by “Saturday Night Live” staple Kenan Thompson.

The ceremony, held at Los Angeles’ Microsoft Theater, will also see Hollywood names included Andrew Garfield (FX’s “Under the Banner of Heaven”), Elle Fanning (Hulu’s “The Great”) and Oscar Isaac (HBO’s “Scenes From a Marriage”) gunning for their first prizes. Here’s the play by play for TV’s biggest night:

“Ozark” star Julia Garner picked up her third Emmy Award for Netflix’s “Ozark.” The young actress had her eye on the clock as she delivered a brief speech, thanking the show’s creators for writing her character of Ruth. “She’s changed my life,” Garner said. “I just feel really grateful.”

Matthew Macfadyen is grateful for ‘bonkers’ role in ‘Succession’

“Modern Family” star Sofia Vergara presented the award for best supporting actor in a drama series to Matthew Macfadyen, who plays Tom Wambsgans in HBO’s “Succession.” “This is such a bonkers gift of a role,” he said, before thanking “the most supremely talented crew and cast I can imagine,” as well as his “darling” wife, actress Keely Hawes.

HBO’s “The White Lotus” picked up its first award of the night with Murray Bartlett, who won best supporting actor in a limited series. “I’m truly honored. Thank you for giving me one of the best experiences in my life,” Bartlett said on stage as he acknowledged the show’s cast and crew, before thanking his partner, Matt, and his mom for her “unconditional love .”

Michael Keaton thanks the ‘doubters’ in the night’s first speech

The first award of the night was presented by Oprah Winfrey to “Dopesick” star Michael Keaton, who took home the trophy for best actor in a limited series. “My face hurts from all the fake smiling I have to do,” Keaton joked on stage, before thanking his family “for never making me feel foolish.” He also nodded to the people who didn’t believe in him throughout his career: “I’ve had some doubts. But you know what? We’re cool.”

Kenan Thompson opens the Emmys with a TV-inspired dance

Thompson started the ceremony by walking through the crowd in a top hat, as he waxed poetic about what television means to all of us. “If it weren’t for TV, what would we do with our free time? Read a book?” he joked. “No one in this room has read a book in 50 years.”

The “SNL” vet then joined a slew of backup dancers for a vigorous dance medley set to famous TV theme songs: spinning an umbrella on a couch in a “Friends” homage, and donning a long, blond wig as the “Game of Thrones ” theme played.

A handful of nominees set milestones with their nominations: Netflix’s Korean-language sensation “Squid Game” is the first non-English language show nominated for best drama series. And accordingly VarietySelena Gomez is only the second Latina ever to be nominated for producing a comedy series (Hulu’s “Only Murders in the Building”), after Salma Hayek for ABC’s “Ugly Betty” in 2007.

On Saturday, Emmy nominees including Tony Shalhoub (Amazon’s “The Marvelous Mrs. Maisel”) and Christina Ricci (Showtime’s “Yellowjackets”) gathered for a party in West Hollywood hosted by The Hollywood Reporter and SAG-AFTRA. Sheryl Lee Ralph, who plays God-fearing teacher Barbara Howard on “Abbott,” talked to USA TODAY at the event about earning her first-ever Emmy nod for the show.

“I had no idea how quickly my life would change with this nomination,” Ralph said. “The kind of phone calls you get. The way business changes. Everything has been so different.”

Although the Emmys are typically held on Sundays, the ceremony moves to Monday every four years when the show airs on NBC. This is to avoid a conflict with the network’s “Sunday Night Football.” (Sunday’s game featured a faceoff between the Tampa Bay Buccaneers and Dallas Cowboys in the Lone Star State, with the Bucs reining victorious 19-3.)

By adminSeptember 13, 2022EntertainmentLeave a Comment on Michael Keaton thanks the ‘doubters’ after ‘Dopesick’ win; Barack Obama takes early prize