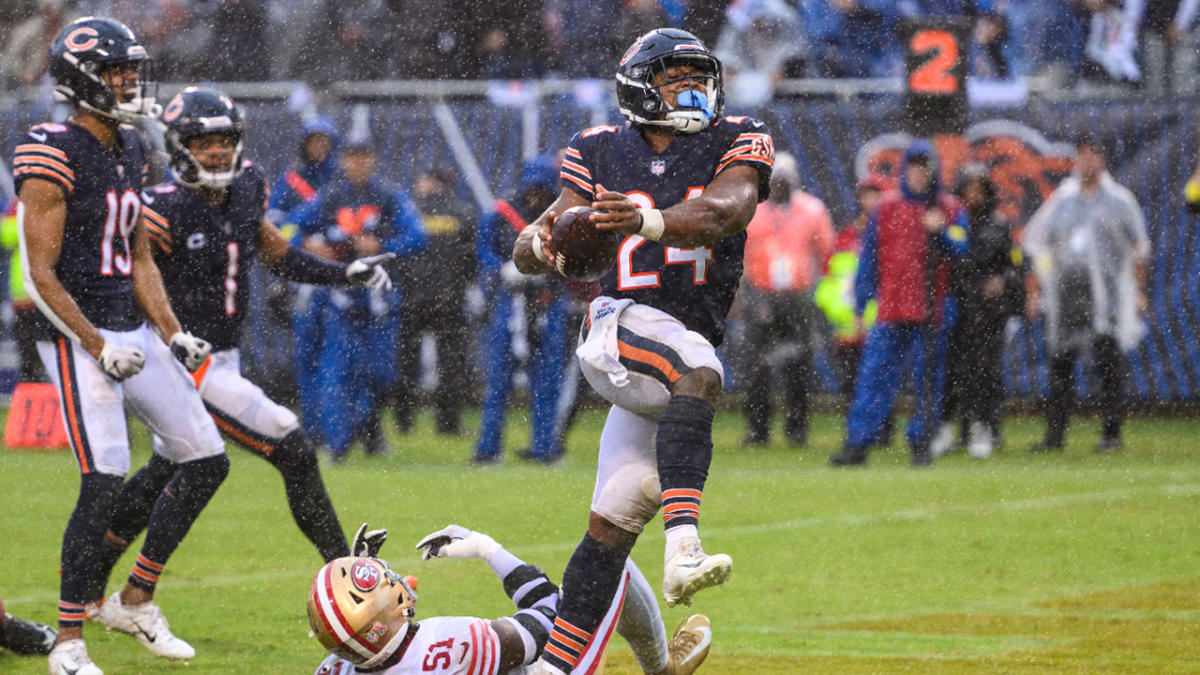 In typical NFL fashion, Week 1 did not disappoint.

The Bears sprung an upset on Trey Lance and the 49ers at rain-soaked Soldier Field, Meanwhile, Justin Jefferson torched the Green Bay Packers a few hours to the west, while the Eagles stomped the Detroit Lions to the east.

The 49ers weren’t the only expected title contender to lay an egg in Week 1. The Packers, Rams, Bengals, Cowboys, and Colts all stunk up the place as well.

Alarm bells are ringing in Dallas, Green Bay, Arizona, and Indianapolis, while dreams of surprise playoff runs are popping up in Chicago, New York (not the Jets), and Washington.

Here’s where each team stands after Week 1’s action:

31. Atlanta Falcons (0-1): Things were looking good for the Falcons until the fourth quarter hit, then the Saints reeled off 17 points in a row to steal a Week 1 win. Falcons still can’t finish.

29. Jacksonville Jaguars (0-1): At least their head coach got on the plane back to Duval with them after the loss in DC Baby steps.

27. Tennessee Titans (0-1): The Titans are no strangers to surprise losses early in the season. But those Titans teams had a lot more talent than what puked on itself against the Giants.

24. New England Patriots (0-1): I don’t know why Bill Belichick was so optimistic after the Patriots’ Week 1 loss to the Dolphins. Things are bad, and there doesn’t seem to be an easy way to fix what ails the offense.

23. Arizona Cardinals (0-1): Look at the bright side, Cardinals, at least things can’t get much worse. Probably.

22. Dallas Cowboys (0-1): If Dak Prescott’s hand injury is serious, could Dallas be a trade candidate for Jimmy Garoppolo? Or do the 49ers need him more after what they saw from Trey Lance on Sunday?

21. Chicago Bears (1-0): The Bears’ defense stymied the 49ers in a soggy game at Soldier Field. It was a good start to the Matt Eberflus era, but let’s not overreact … yet.

19. Cleveland Browns (1-0): So much for Baker Mayfield’s revenge tour.

17. Washington Commanders (1-0): The Commanders looked a lot more competent than I expected. They were playing the Jaguars, but credit where credit is due.

16. Las Vegas Raiders (0-1): The Raiders had zero sacks and zero takeaways Sunday vs. the Chargers. That’s a recipe for a loss.

15. San Francisco 49ers (0-1): The 49ers were sloppy, undisciplined, and overall underwhelming in a surprising loss to the Bears. A get-right game against the Seahawks is a must in Week 2.

13: Denver Broncos (0-1): The Broncos might want to focus on their red-zone offense this week.

12. Miami Dolphins (1-0): Mike McDaniel showed some good stuff against the Patriots in his coaching debut, but the Fins have a lot of kinks to work out.

11. Cincinnati Bengals (0-1): It was a disappointing opener for the defending AFC champions. The way they rallied back against the Steelers was a bright spot, though.

10. Pittsburgh Steelers (1-0): The Steelers got the win, but at what cost? TJ Watt’s pectoral injury looms large now over Pittsburgh’s season.

9. Green Bay Packers (0-1): Aaron Rodgers might need another body cleanse/vision quest to get Sunday’s performance out of his system. Turns out, replacing Davante Adams isn’t that easy.

8. Los Angeles Rams (0-1): The Rams looked like Ed Helms waking up in a Vegas hotel after a bachelor party that went overboard. Shake it off, champs.

7. Baltimore Ravens (1-0): Lamar Jackson turned down $250 million and went and hung it on the Jets to start his “bet on myself” tour. Not bad.

6. Minnesota Vikings (1-0): The Vikings are about to be a problem this season.

4. Philadelphia Eagles (1-0): The Eagles’ hype train is about to jump the tracks after steamrolling the Lions.

3. Tampa Bay Buccaneers (1-0): If this is Tom Brady’s last season, you can bet The GOAT won’t go quietly.

2. Buffalo Bills (1-0): The prettiest girl at the NFL ball showed up Thursday night and lived up to their billing. The Bills are for real.

By adminSeptember 13, 2022NFLLeave a Comment on Updated 49ers standing after Week 1 loss to Bears